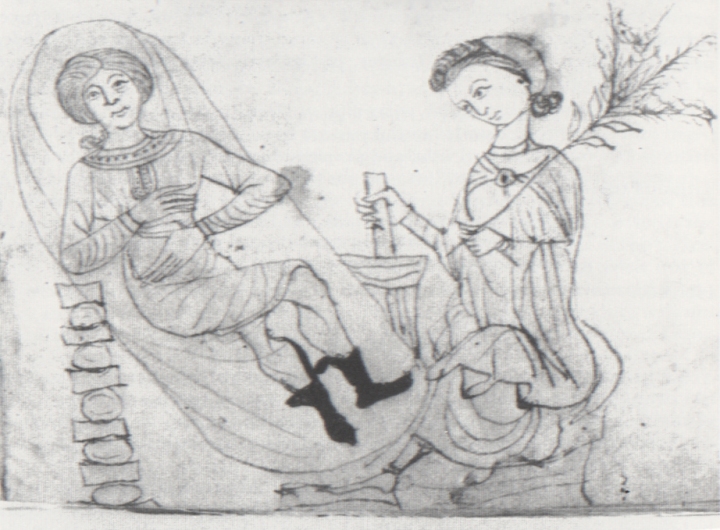 Only a small fraction of Texas women will suffer.

With the closing of thirteen abortion clinics in Texas, one out of six Texas women seeking an abortion will have to travel 150 miles or more, and never mind all the other obstacles about waiting periods, increased costs, hassling protesters and having to listen to medically incorrect messages. But one out of six? That’s only a small fraction, according to the United States Court of Appeals for the Fifth Circuit.

“In our circuit,” wrote Judge Jennifer Elrod, a George W. Bush appointee, “we do not balance the wisdom or effectiveness of a law against the burdens the law imposes. We do not doubt that women in poverty face greater difficulties.”

What a bother, those “women in poverty.”

Judge Elrod argued that the court had to find that “a large fraction” of women would be affected by the law – the medically unnecessary requirement that all abortion clinics in the state meet the same building equipment and staffing standards as hospital-style surgical centers. And those 900,000 women in rural Texas the judge acknowledged would be affected, well, they’re just a “small fraction.”

Judge Elrod may not know a lot about what it feels like, being part of the small fraction. Born in 1966, she grew up in the Houston-area city of Baytown, Texas, which bills itself as a city “where oil and water really do mix.” She graduated from Baylor and Harvard Law School. Her Wikipedia and Judgepedia pages make no mention of marital or family status, but presumably she never sought to have an abortion. If she had, she would have definitely been in the large fraction – women with money who always have access to safe and legal procedures, even in Texas.

This writer was in another large fraction: women without access to safe or legal abortion in the days before Roe v Wade. Much like today’s small fraction, faced with no viable options we took desperate measures to end unwanted pregnancies. Some of us survived, countless others did not.

This is the fate to which the three-judge panel of the Fifth Circuit is consigning the small fraction. Danger, expense, family trauma, health risks and occasional death. Even for a small fraction, that seems hardly what America is about. And hardly in tune with the antiabortion forces’ proclaimed wish to “protect women.”

Some in the small fraction will face primarily family distress and exorbitant costs (usually upwards of $1,000 or $1,500) like “Maria,” whose story is recounted by RH Reality Check Senior Political Reporter Andrea Grimes. Some will face very real danger traveling to Mexico for drugs that can cause permanent injury or death if improperly created or improperly used. Some will maim or kill themselves in efforts to self-abort.

There will be hundreds of women like Elvia Yamell Hamdan, whose story was reported in a recent New York Times article by Laura Tillman and Erick Eckholm. Ms. Hamdan, 44, showed up at the Whole Woman’s Health clinic in McAllen, TX with her husband after a three-hour drive from their home, only to find that clinic professionals could suddenly no longer provide abortions. Ms. Hamdan already has four children and three grandchildren, and seeks to end an unplanned pregnancy. The U.S. Constitution says she has a right to make that choice – but Texas law says her best remaining option is an appointment three weeks later in San Antonio, 240 miles north.

Denise Burke, Vice President of Legal Affairs for Americans United for Life, is quoted in the New York Times story as saying the Fifth Circuit decision endorses anti-abortion forces’ argument that “abortion harms women, and states may regulate in the interest of women’s health.”

“Maria” and Ms. Hamdan seem likely to secure, eventually and at significant risks to their own health and wellbeing, the safe and legal abortion guaranteed to American women. How many others will now, instead, wind up sick, maimed or dead because of this latest ruling will never be known.

Because those others are just part of “the small fraction.”

Do stories really hold the key to the future?

For a storyteller, this is heady stuff. For Jonah Sachs, author of the newly released Winning the Story Wars, it’s serious stuff. The book’s subtitle is Why Those Who Tell (and Live) the Best Stories Will Rule the Future and Sachs appeared recently as part of a Commonwealth Club panel, to explain why this is true. The panel was specifically considering environmental stories, part of the Club’s ongoing Climate One program. (The time series below, based on satellite data, shows the annual Arctic sea ice minimum since 1979. More about the Arctic below…)

As a power-of-stories example, Sachs cited those of presidential candidates John Kerry and George W. Bush a few years ago. Kerry’s story (you can read a little more about it in Story Wars) managed to come across with a focus on Kerry as a good guy plus some unfortunately dry-sounding proposed programs. Bush and the Republicans managed to project a loftier story about saving the world. Whether you think the world was saved – or endangered – by the Bush presidency, we know whose story won. Sachs quotes James Carville, in Story Wars, as saying the Republicans had a narrative, the Democrats a litany. Litanies don’t seem destined to rule the future.

Moving into the evening’s topic, Sachs spoke about the long and difficult struggle of scientist James Hansen, who spent decades developing data – an impressive list of irrefutable facts – on climate change. Beginning in the early 1980s, Hansen published and promoted his data, certain that people would hear the facts and understand the need for change. Instead, there was mass denial. Hansen has since moved from scientific data to activism – and to the telling of stories in every public arena he can use.

Panel moderator Dalton brought up the story (image) of the polar bear on disappearing ice floes that came to represent climate change. Because not many Americans connect with polar bears; like litanies, the story was easy to ignore.

Is the globe warming? Will switching back to Republican policies save the world? This might be a good time to start telling stories that illuminate truth.

Guns in public view… guns loaded or unloaded… guns at the Starbucks counter… if you’re a supporter of the Brady Center, the current activism of the pro-gun folks is less than encouraging. And who exactly needs all this swagger?

Several interesting comments about gun-toters and gun stats appeared in the Letters section of today’s San Francisco Chronicle in response to goings-on of the “Open Carry” Movement:

It is estimated that there are 283 million guns in America. We are the gun capital of the world.

It was George W. Bush who noted that an American teenager is more likely to die from a gunshot than from all natural causes of death combined.

Another reader suggested that

the “open carry” intentions of the gun-obsessed would surely lead to myriad examples of the law of unintended consequences: shootings and deaths as well as a sort of John Wayne psychology that belongs in movies, not our parks, streets and highways.

If Starbucks or any other business allows citizens with guns in their businesses, you and I should take our business elsewhere.

But perhaps the most on-target letter writer went straight to the main issue: what’s with the people who feel the need to stride around town showing off their hardware?

I searched in vain in the story about the “open carry” gun movement for the exact benefit of walking around in public with a gun on your belt – when everyone knows the guns are not loaded.

Since the guns are of no use in defending oneself or anyone else against, the “threat of violence” and the “desperate people” whom (advocate) Jeff Dunhill sees everywhere, I tried to imagine some other reasons:

a) It’s cheaper than a sports car; b) You can prove yours is bigger without risking arrest; c) It’s all that you can be.

I’ve never understood why, if guns are so central to their self-image, people like this don’t join the military or law enforcement. Unless it is because in those instances, the other side also has guns. It’s a lot safer to swagger up to the bar and demand a caramel frappuccino grande.

Letters to the editor

Why am I not encouraged by reports of the official launch of the George W. Bush Institute on the campus of Southern Methodist University? According to Dallas Morning News reporter Lori Stahl,

Former President George W. Bush will make his first scheduled Dallas appearance at SMU today when he and wife Laura unveil plans for the Bush Institute before an audience of 1,500 people at McFarlin Auditorium.

The Institute has been described by foundation officials as a scholarly forum that will conduct research and promote dialogue on four core principles identified by the Bushes.

My father Earl Moreland, who grew up to be, among other things, president of Randolph-Macon College in Ashland, VA for 28 years, died in 1987 without voting for either of his fellow Texans. He was in the first class ever to enter what would become SMU, and one of my fond memories is of accompanying him to Dallas for his 60th reunion.  I believe it is safe to say he would not be proud to have a Bush think tank on the campus of his alma mater.

For my part, I am just stumbling over those “core principles,” and their connection to our former president. Education? Global health? Embodied by someone who condemned millions throughout Africa and beyond to sickness and death through his ill-advised policies? Economic growth? Hello? Times are surely tough today, ten months into Barack Obama’s presidency, but did he create this mess or inherit it?

Some of my favorite people voted for George W. Bush. All of them are, in my humble opinion, smarter than he is. One of them did graduate work at SMU years ago, but does not support placement of the Institute on campus.

During our trip to Dallas for his reunion (the school opened in 1915, you can do the math) my father remarked that he would come back for his 65th if there were anyone around to reune with. Turned out he never made that return visit. If he were here today I’m not sure he would be making plans for his 100th.

My father had a favorite response to all things he considered outrageous (often applied to his daughters) which sounded like “Poosharisha!” It was from his second language (which I sadly never learned), adopted during a 12-year period in Brazil at the Instituto Porto Alegre. Long after he died I learned it was a Portugese expression that  translates, roughly, “That is beyond anything within the natural order of the universe.”

Somewhere in the ethernet I hear my father contemplating the coming of the George W. Bush think tank, and clearly also hear his voice. Poosharisha.