Sailing around icy fjords in the Arctic Circle? In June, when it’s 24-hour daylight, not even a twilight, let alone darkness? Which means you don’t even get a glimpse of the Northern Lights. You are, however. guaranteed to freeze your nose and burn your face from the sun and snow unless you bundle into parkas and slather on ridiculous amounts of sunscreen. Who would do such a thing?

Well, it turns out, yours truly. My late, greatly beloved husband died on February 15th, his voice ringing in my head with recollected snippets – one of which was: If you didn’t have me to look after, you could go on this wonderful trip to XxxxXx. Not my favorite snippet, but there it was. So thanks to some bizarre urge that a highly trained grief counselor might be able to analyze, I found myself saying – on about February 25th – why not?

Conveniently there was a Commonwealth Club expedition to the Arctic Circle with a bunch of climate people, even including a casual acquaintance interested in a roommate. It was somewhat of a cruise (read: too much elegant food, drink and royal treatment onboard) but it promised firsthand views of what we humans are doing to this beautiful planet. Plus countless lectures about millennia past and (hopefully) future by impressively credentialed people. So off I went. San Francisco to Paris to Longyearbyen, Norway to the Arctic fjords, the last leg aboard the small but lovely Ponant ship l’Austral. This is the first of what may be several reflections from the northernmost tip of the globe.

It is incredibly beautiful, this planet.

At its northernmost tip there is a breathtaking expanse of blue, gray and white: snow, ice, sea ice (salt water turns to ice at about 28 degrees,) azure blue skies streaked with gossamer-gray clouds melting into the sea – which itself changes from shades of sapphire to emerald-blue in an instant with the shifting skies. The fjords are defined by mountains fronted by stretches of tundra and permafrost – the differences between which (tundra has vegetation, permafrost is permanently frozen) were carefully explained to me.

Accompanying our group, in addition to the impressive lecturers, were about a dozen naturalists who appeared (to this octogenarian) to have a median age of about 15. But they had PhDs and post-doctorates in things like polar ecology,  bioscience and glaciology. One of them left me with an unforgettable phrase and indelible image that sums up the Arctic experience for me. I wish I could videoconference the moment with every climate change denier, every fossil fuel enthusiast, every deregulation proponent and every grandparent who believes – as I continue to do – that our grandchildren will save the planet.

We had come to shore to study the wildlife (a clump of resting walruses) and wildflowers (there are over 400 varieties of tiny flora in the tundra) via inflatable rubber boats called zodiacs. Zodiacs  could navigate the distance – in this case it was about a quarter of a mile – from ship to shore.

“You see where our ship is?” said my naturalist friend, pointing toward the sea. I nodded. “This time last year, that was ice.”

This space is proud to announce my having passed the California driver’s license test. Which means – if my eyes and my car hold out – I’m good for another five years, with a valid ID in my wallet. Or so I thought. Turns out I neglected to apply for a Federal Compliant Real ID driver’s license rather than a regular old driver’s license. Who knew? As of October 2020, unless I go back to the DMV and successfully complete whatever I inadvertently omitted, this lovely new license will not get me through the airport. If I knew not, I know now: Instead of the golden bear signifying this is a Real ID Driver License in the upper right corner, my brand new license bears the small print: Federal Limits Apply. No getting into the Federal Building for me. Sigh.

At the moment I am headed out of the country and into an exploration of the Arctic Circle (more on that later, when we find out how many glaciers haven’t yet melted, and after I return to internet access territory.) My new license, combined with my old but still valid passport, almost got me into the security check at SFO.

Would have, actually, except the TSA lady said my boarding pass didn’t have the green check for my TSA Pre-check. As I was not about to join the mile-long non-TSA Pre-check line, I returned to the Air France people and eventually procured a new boarding pass with the magic green check. Happily I had my Trusted Traveler number with me.

A few years ago I drove (legally) out to the TSA place and spent the best $85 I’ve spent in a long time getting finger-printed, answering a bunch of questions and – after I got back home – waiting a few months before I learned that the Transportation Security Administration, an agency of the United States Department of Homeland Security thankyouverymuch had satisfied itself that I was not much of a threat to public safety. Ever since, I have happily skipped the endless lines waiting to get through airport security in favor of the quite manageable (usually, unless it’s Hartsfield-Atlanta) TSA Pre-check lines.

TSA Pre-check will get you out of the country, but good luck getting back in. One emerges from a wearying international flight to be greeted by the endless lines waiting to go through Customs.

But I now have Global Entry!! Like TSA Pre-check, Global Entry is a program of the U.S. Customs and Border Protection, all of this overseen by the Homeland Security people. If our homeland is not secure, I don’t know why. (Well, yes I do, actually, but Mr. Putin told Mr. Trump that everything is fine, so we shouldn’t worry about Russia.)

On my return I guess I’ll trudge back to the DMV and apply for a Real ID to go with my TSA Pre-Check, Trusted Traveler number and Global Entry card and – well, I do have a Social Security number, and a U.S. passport and a Brazilian passport (possibly expired now but still . . .) and 4 pages of saved passwords somewhere, if I can remember where I filed them. All of these, with luck, will be all the global security protection I need in this modern day and age.

It is tricky to keep track of it all. One has to hope that our planetary borders are secure.

And meanwhile, God bless us every one. 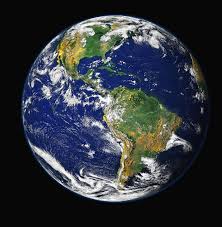