The following is offered as a very small and personal side commentary, on the occasion of the leaders of the U.S. and North Korea meeting in Singapore.

Ploughshares was founded in 1981 by the indomitable sculptor/activist Sally Lilienthal, who was also a friend of my good husband. When I met her, soon after arriving in San Francisco in 1992, I became an instant fan.

1981 was the height of the Cold War, and Russia and the U.S. were on the brink of thermonuclear confrontation – each having enough nuclear weapons to obliterate this beautiful planet. Ploughshares set about the work of reducing those dangerous threats and has been remarkably successful. Stockpiles have been dramatically reduced – we’re down from the nearly 55,000 worldwide total in 1980 to the current figure of approximately 15,000. Over 90% are in the US and Russia; the rest are in China, France, India, Israel, North Korea, Pakistan and the United Kingdom. There may be fewer nuclear weapons, but there are plenty around to destroy life as we know it.

Which is why the world watched with some apprehension as two of perhaps the most erratic and unpredictable leaders of all time met to – we hope – find a way to avoid nuclear war.

I was privileged to hear Ploughshares Fund President Joe Cirincione and Executive Director/Chief Operating Officer Philip Yun talk about the situation in general and North Korea in particular recently with a group of longtime supporters.

“We have a very simple philosophy,” Cirincione says: “prevent the worst from happening.” Re North Korea and the recent summit, “There might be some surprises. Trump could stumble into a good deal.” Pointing out that “we support policies, not presidents,” he said Donald Trump “could give North Korea something that Democratic presidents could not.”

This group, progressives to the core, swallowed hard. If you want not to see the planet wiped out in a thermonuclear frenzy, keeping North Korea from starting such an event trumps all distaste for our president.

Yun offered some history lessons and insight; he is a scholar of Korean affairs who has long been involved in U.S./N.Korea negotiations. “The North Koreans like symmetry,” he said. Any movement toward denuclearization “is going to have to be phased. (But) there are a lot of moving parts that could make us safer right now.”

Those were just several snippets of a conversation that was wide-ranging and in many ways encouraging. The fact that the Ploughshares people, and the people with organizations it funds, are working every day to keep the worst from happening is encouragement enough for now. 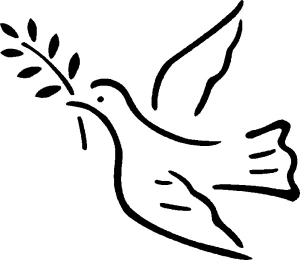 So this writer, who watches in horror the environmental destruction and loss of human rights going on every day thanks to the policies of our current administration, swallowed hard and wished Mr. Trump & Mr. Kim every success in avoiding a thermonuclear planetary disaster.

Ploughshares Fund supporters – Americans committed to reducing nuclear stockpiles, preventing new nuclear states, and increasing global security – recently got some encouraging words from a few of those on the front lines. Not that the goal of a nuclear-weapons-free world is near, but that it’s a lot closer than 35 years ago.

It was 35 years ago that Ploughshares founder Sally Lilienthal, a 62-year-old sculptor, human rights activist, mother and wife, gathered a few friends in her San Francisco living room to discuss what could be done to stop the proliferation of nuclear weapons here and abroad. This was the year (1981) when Ronal Reagan unveiled a “strategic modernization program” which called for – among other things nuclear – thousands of additional warheads, a significant increase in bomber forces, including 100 B-lBs and the development of stealth bombers, a new land-based 10-warhead strategic missile (the MX), and new intermediate-range missile deployments in Europe. In addition, he proposed deploying more than 3,000 air-launched cruise missiles on bombers.

There may not be a lot of peace on earth today, but there are far fewer nuclear threats to that eventual possibility and Ploughshares Fund is one key reason why.

A group of longtime Ploughshares supporters gathered recently in San Francisco to hear about ongoing work in South Asia, where India and Pakistan have a combined total of 250 nuclear weapons at the ready – enough to create a catastrophe in the area and long-term distress across the planet if that conflict were to escalate. America Abroad Media, a Ploughshares grantee, is working to prevent such a catastrophe.

AAM founder and president Aaron Lobel was interviewed by Ploughshares Executive Director and COO Philip Yun on how media fits into the complex efforts to reduce global conflict, specifically in South Asia. “You can go back to the origins of Pakistan as a Muslim state,” Lobel says, “and the question of whether India even recognizes Pakistan’s legitimacy” to get a picture of the enormity of the problem. But media in the area gets large audiences and builds human bonds. AAM works through public radio, international town halls, documentary and news programming and other avenues to build a civil society.

Lobel spoke at length of AAM’s work in Afghanistan, where its media following included the president of the country for at least one program. “If the president watched,” one questioner asked, “how many others actually saw the program?” “A lot,” says Lobel. “People gather around a satellite TV in the villages – this is not like having dozens of channels and TV sets in every home.”

Ploughshares president Joseph Cirincione addressed the gathering on the broader issues, and the global outlook today. “In order for these guys (countries with smaller nuclear stockpiles) to give up nuclear weapons” Cirincione says, “they’re going to have to see the big guys doing it – and that’s not happening. We have to address the underlying issues (such as) water issues and religious issues. We also have to address the fundamental distrust. It’s important to recognize the power of media in addressing these issues to create a more peaceful world.” (“We fund the smartest people,” Yun adds, “with the best ideas.”)

Despite the discouraging prospects for global peace just now, Cirincione had a few nuggets of good news for the Ploughshares supporters:

“There were 70,000 nuclear weapons when we started,” he said; “there are 15,000 now. I believe the Iran nuclear deal has prevented war there for a generation. We can continue to work to make things better.”