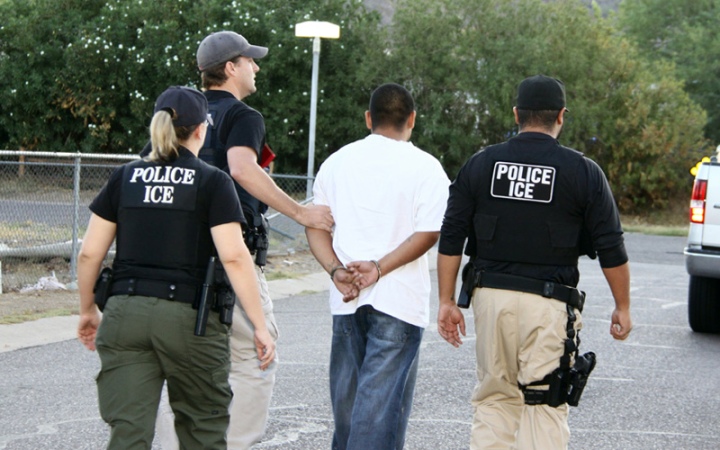 “It would just be like my life ending,” he said. He was an attractive 20-something with piercing black eyes and a neatly trimmed beard. “I was a Dreamer,” he added, “but now I just have nightmares. I’ve lived here since I was 8. I did really well in high school and am halfway through college. But I could be sent back to a country I hardly know, to a very dangerous situation. I’m afraid for my whole family.”

His name is Antonio, and he is an undocumented immigrant. He is one of at least 11 million people in the U.S. today who go to bed with the fear they might wake up to their worst nightmare, deportation. It’s a fear that will be multiplied many times over with installation of an administration that came to power with more than a little help from ripples of xenophobia.

Worldwide, well over sixty-five million people have been forced to flee their homes, with one source reporting that 24 people were displaced from their homes every day in 2015. By now, most of us have an overload of images in our heads – Syrian children fleeing war-torn cities, terrified people clinging to the sides of capsized boats, acres of tent cities housing human beings facing an unknown future.

Some hope for the hordes of migrants and refugees in Europe lies in the countries and organizations – UNICEF, Save the Children, other nonprofits – that provide shelter in the form of “temporary” camps. The people there, many of whom spend years of their lives simply existing, at least receive food and minimal care. But it’s hard not to consider how little the U.S. is doing (and how much less we’re likely to do in the coming years)

Among the organizations working to ease the burdens of undocumented immigrants on our own soil is the Interfaith Movement for Human Integrity. Senior Program Director Rev. Deborah Lee was speaking of her group’s work at the interfaith event where Antonio told his own story.

“What is our unique role, as religious communities, and how can we put it into practice?” Lee asked. “Does our faith require us to provide sanctuary for those who feel threatened?”

The IMHI maintains the answer to that latter question is a loud Yes. “There is a growing need for faith communities to be a part of the (sanctuary) map,” she says, “which already includes college campuses and cities around the country – responding to God’s law of offering protection to the vulnerable.”

Her organization, Lee explains, hopes to enlist one (or more) “sanctuary congregations” in cities across the U.S. where someone facing final deportation orders can find protection. There are also migrant families arriving in the San Francisco Bay area, Lee says, “who are seeking protection from deportation and applying for asylum, but who are without official refugee status and resettlement services.” For these, IMHI seeks congregations that can provide either support or hospitality housing.

The idea of sixty-five million+ people forced to flee their homes looks like a tragedy too big to consider. But listening to Deborah Lee talk about how every human being is sacred, or having coffee with Antonio, puts a face on possibility.