Universal Access to All Knowledge. In other words, let’s gather up and digitize everything on the internet, and offer it to everyone on the planet. For free. Every book in every library, every website, movie – oh, and throw in music: vinyl records, CDs. In as many languages as possible. 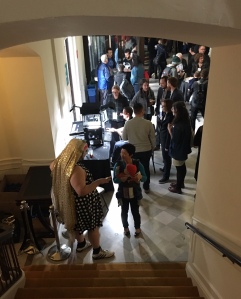 Some people were doubtful this could be done. But then, they probably didn’t know Brewster Kahle. Kahle, according to his Wikipedia page, is an American computer engineer, Internet entrepreneur and internet activist. And perhaps foremost, he is an advocate of universal access to all knowledge – to which end he founded the Internet Archive in 1996.

The Archive, consisting of a few billion items – it could be a few trillion by this writing – is now a non-profit library recognized by the Library of Congress. If you’re a human being with a digital device you can access anything within its collections. These are grouped within recognizable categories like ‘Old Time Radio,’ ‘Iraq War’ or ‘Television,’ and enigmatic other categories like ‘Electric Sheep’ and ‘Netlabels.’

This writer, whose left brain is minuscule, was only dimly aware of the Archive, despite the fact that some years ago it purchased, for its headquarters, a former Christian Science Church building in San Francisco which I pass every few days. But when Kahle’s wife Mary Austin, co-founder of San Francisco Center for the Book and someone (decidedly right/left brained) I am proud to call a friend, insisted I attend the 20th anniversary celebration not long ago, it seemed time to peek into it all.

A few hundred friends and supporters turned out for the celebration, stopping by the taco truck at the front steps and going from there to stations offering demonstrations of archived music and video games, planetary digitizations, scanners that put books onto digital shelves in a matter of moments. Many of the Archive employees who work from areas around the globe – this writer talked at length with a sharp young lady from Toronto – were on hand to help explain things, and enjoy the reunion. The Wayback Machine (more than 279 billion web pages saved over time) was a crowd favorite, as was the Live Music archive (6,991 collections: rock, blues, classics, big band . . .) Some of those last were comprehensible to this reporter; other areas where the beeps and blinks of giant servers and assorted machines were connecting us all to the digital universe – well, what can I say? 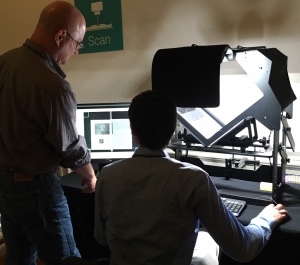 But I have my library card! Open Library: We lend e-books worldwide for free. You can get one for yourself. Open Library has over a million ebook titles.

You might also want to support this ambitious undertaking and its latest safeguard project: creating a copy of Internet Archive’s digital collections in another country. Kahle and friends are building the Internet Archive of Canada “because lots of copies keeps stuff.” In other words, one more assurance of universal access to all knowledge. Free. And private. Internet Archive does not accept ads (which could track your behavior) or collect your IP address. 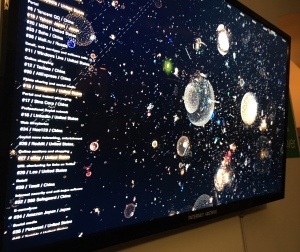 3 thoughts on “Making All Knowledge Available to All? For Free? Believe It”