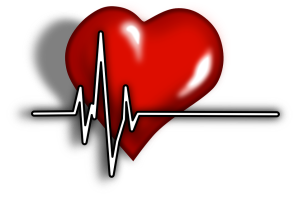 “You’re not leaving here with your blood pressure that high,” the doctor said. It was 189 over something equally ridiculous. It was not interested in coming down. Finally she said, “Okay, pick up this prescription on your way out and take it the minute you get home.”

Vividly running through my head were images of my mother, who suffered a series of strokes that eventually killed her in her 70th year. Plus images of assorted aunts and others who suffered debilitating strokes and often early deaths.

“But . . . but,” I said to the doctor, as I have repeatedly said since my carefree youth; “I don’t have high blood pressure. My three older sisters? They all had high blood pressure. They also all had beautiful auburn curls, while I got the utterly straight, dishwater blond hair. So, shortly into our adulthood, I took to saying, ‘OK, keep your gorgeous curly hair, I’ve got the good blood pressure.’ It seemed like a pretty fair trade.” My physician said, not unsympathetically, “Those genes may have caught up with you.” And just like that, I joined the ranks of the hypertensive. That great mass of humanity waiting apprehensively for the stroke or heart attack that might swoop in and end it all.

By the time I got home I was visualizing an immediate demise.

Unlike my mother’s generation, though, today’s hypertensives have internet encyclopedias worth of information and an arsenal of drugs bewildering enough to induce a small stroke if you really try to figure them all out. Beta blockers. Diuretics. Angiotensin II receptor blockers. Vasodilators. A good doctor, whose advice you can follow, at least on which meds to take, is a great boon.

The rest of the try-not-to-have-a-stroke business is fairly straightforward. Quit with the nicotine, and moderate the booze (or quit that too.) Watch the weight – extra poundage, especially around the midsection, can increase your stroke probability rather dramatically. Walk for at least 30 minutes a day, increasing the distance as you can. (Swim, bike, exercise.) Salt can do you in fast; if you’re trying to stay within the recommended 1,000 to 2,000 mg per day, a large order of fries (350 mg) might not be a wise choice.

This writer is good with most of the above – excepting an occasional uncontrollable urge for a small order of fries. Plus whatever that was I picked up from the Kaiser pharmacy definitely worked. One tiny little pill, and the next day my blood pressure was 114 over 85.

Maybe I’ll stick around for a while.