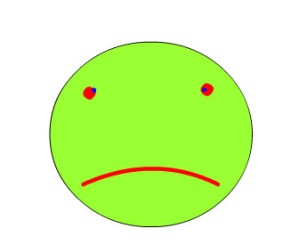 My “grandson” and I talked for a full several minutes before I determined he was no one I knew. Despite a few clues – my grandchildren don’t call me “Grandma,” his voice could have been the 21-year-old I hadn’t seen in nearly a year, but it wasn’t perfect – I found the caller convincing enough to trade three or four questions and answers before I hung up the phone.

“Grandson” never got around to the pitch. I want to believe I would never have fallen for a story that would separate me from several thousand dollars, but I surely could have. Today’s scammers – especially those preying on seniors or the socially isolated – are incredibly skilled.

One very smart senior in the San Francisco Bay Area was recently taken in by a call from a fake grandson – and had the courage to tell the story to the local newspaper. Retired physician/author Walter Bortz, who has a real and well-loved grandson, listened with shock and sorrow to an entirely plausible tale that wound up costing him $5,000. The “grandson” told of having had too much drink the night before, of drugs found in the cab he unfortunately took, going to jail, getting beaten up and having his nose broken. Then he gave the phone to a “police officer” who explained how bail could be arranged……..

Elements of the scam – eloquently told to local reporters by the victim – are widely used. The “relative” is often caught up in an arrest involving drugs and/or guns (through no fault of his or her own) and often in another state or country. The need is always urgent, to avoid some terrible consequence like jail time or to cover medical expenses. Transactions are made through prepaid cards available almost everywhere today. Once cashed, the money is impossible to trace.

It’s the meanness of these scams that is almost as bad as the financial loss. Rose, a young businesswoman, tells of her own grandmother getting a call from someone pretending to be Rose and spilling out a tale of disaster that had her grandmother frightened and sobbing. Long after the ruse was uncovered and explained – “I was calling my grandmother, saying, ‘Look! I’m here at my desk. I’m sending you a photo! ’” – the targeted victim was still in distress over the fears she had had for her beloved granddaughter.

JoAnn (a pseudonym,) a friend of this writer in Louisiana, fell victim – almost – to one of the oldest scams around. It began with an official-looking notice of her having won a Canadian lottery. JoAnn lives alone and has withdrawn from friends – but she plays the lottery; she thought one of her tickets had paid off. The notification included a “Certified check” for her seven-figure winnings. All she had to do was deposit the check, wire $1,279 to cover out-of-state taxes, and live in luxury. JoAnn was saved by an alert teller who had not seen her come into the local bank for a long time. The teller began asking questions about the sender, and JoAnn finally told her about winning the lottery. “If you don’t mind,” the teller said, “let me see if this check clears before you do anything further.”

My friend suffered not from financial loss but from the embarrassment factor. JoAnn was in tears by the time she got through telling the story over the phone. “How foolish did I look?” she said. “Suppose word gets around that I fell for such a thing. I have a PhD, for heaven’s sake.” The teller turned everything over to federal agents and it’s highly unlikely that word got around.

But word should get around. Bortz deserves high praise for going public, proving that no one is exempt from the possibility of being scammed. “I like to think that I am worldly wise,” he told The Almanac, “(and yet) I got snookered into this one. But I guess it shows that I’m a nice grandfather.”

Nice grandfathers, and grandmothers, and gentle people everywhere, are being targeted today. The Federal Trade Commission has a fairly complete list of current scams, and how to deal with them, on its Consumer Information page.

The schemes are old, the twists are new, the advice is age-old and two-fold: (a) Keep asking questions; and (b) If it seems too good (or even bad) to be true, it probably is.