The envelope is lying right here on my left, now looking altogether spooky. It is even stamped and addressed; that’s how close I was to getting a note into the mail.

Then the phone rang. The note was to begin, “So, how are things going? How’s Gerry? How are you holding up?” The envelope is addressed to Gerry’s wife Kathy.

Several months ago our old, dear friend Gerry, age 75, was looking after the horses on their beautiful Southern California ranch when his heart failed. They got him to the hospital, but then came the bad news: his heart could not be revived or repaired. His only option would be a transplant. The good news? Because he was strong and otherwise healthy, he was a good candidate for a new heart. The further bad news? In order to be on the transplant list he would need to remain in the hospital, in intensive care, ready. 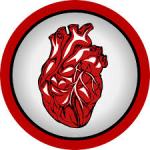 Kathy and Gerry are what I would call salt-of-the-earth Good People. They are deeply religious, clean-living and hard-working, and committed to living lives of service and gratitude. Within a few days of Gerry’s diagnosis they found themselves in the unenviable position of waiting for someone, somewhere, to die. Some generous someone who had signed agreements for his organs to be donated. (It would presumably be a ‘he,’ as Gerry is a fairly big guy, and would need a heart coming from someone roughly of equal size and weight.) After talking with Kathy early on in this saga I found myself also having queasy thoughts: How hard should I pray for some good person – do bad people sign organ donor forms? – to die in order for Gerry to live? It is an across-the-board existential dilemma.

The longer he remained in intensive care, the further Gerry’s condition deteriorated. This  presented a scary picture but pushed him higher on the recipient list. In other words, the worse he got, the more urgent his need, the higher his spot on the transplant list. Another existentially fraught situation. 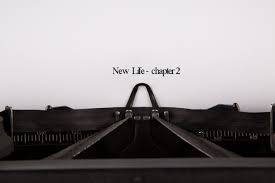 On August 15 (or perhaps the hours before August 15 dawned,) a 34-year-old man died in another state. A man who was on life support in a hospital because at some earlier point he had taken the generous step of signing organ donor forms. One of Gerry’s doctors flew to that hospital, examined the heart, confirmed it to be a very good match for Gerry, and boarded another jet plane back to Southern California. Gerry was already opened up, his original heart beating – with a lot of help from outside sources – outside his body.

He is already back home. Part of the somehow endearing characteristics of these two old friends of ours is that they do not have email or participate in any social media. So it’s taken Kathy time to get around to calling friends with this lovely update.

Somewhere in the southwest a grieving family is saying goodbye to a 34-year-old they had not expected to lose. “Gerry cries every time he thinks of him,” Kathy says. “There are just no words.”

Other than these: “August 15th is his new birthday.”